Exploring Medellin, Colombia Like a Local: Dos, Don’ts, and Need-to-Knows

Medellin was once known as a dangerous city, due to the notorious drug cartel leader Pablo Escobar who smuggled tons of cocaine all over the world in the period between 1976 and 1993. It was an era of violence and chaos.

Today, things are much different in Colombia’s second-largest city, which has slowly but steadily risen to be one of the favorite destinations for both foreign and domestic tourists.

Otherwise called the City of Eternal Spring, Medellin lies in a narrow valley and boasts an incredible skyline packed with jagged peaks and high-rise buildings.

If you’re lucky enough to find yourself in Medellin with enough time to explore and experience the city’s vibrant culture, here are some tips that will help you make the most of it.

Table of Contents show
1 Start by absorbing the city through one of the famous viewpoints
2 Meet the people and “Habla con ellos”
3 Check all the tourist hotspots
4 Visit the isolated “comunas”
5 Eat, drink, and have fun like a local
6 Bottom line

Start by absorbing the city through one of the famous viewpoints

If you’re flying to Medellin, you can begin your adventure straight from the airport. Las Palmas Avenue stretches from the airport to the city, and it provides several amazing viewpoints, including the stunning Mirador de Las Palmas, the last spot on the picturesque trail.

You can also take in the spirit of the city by observing it from the Cable Car (either Santo Domingo or La Aurora) viewpoint.

If you can, take this trip in the evening and you will encounter locals selling delicious food, such as sausages and grilled meat, prepared on the scene.

Since you’re already there, and if you’re not too exhausted, you can take the cable car ride to Arvi park. In about 30 to 40 minutes you will leave the crowded city and get to a scenic park where you can enjoy the serenity and trek the pre-hispanic roads.

“Paisas” are people from the Northwest of Colombia, including Medellin, and they are considered to be one of the friendliest people in the world.

They have pride and love for their country, and a lot of kindness to offer to tourists and travelers. They love to tell jokes and introduce people to their culture, inviting them to aguardiente (the Colombian spirit drink), salsa, and blood sausages.

However, most people, especially the older ones, are not very good English speakers. If you’re in Medellin for more than a couple of weeks, you could use the opportunity to learn Spanish in one of the language schools and by chatting with the locals.

Check all the tourist hotspots

While you want to explore Medellin like a local, you shouldn’t miss the opportunity to check all the tourist must-sees in the city.

Because of the city’s well-connected transportation system and its temperate climate, visiting all the outdoor tourist places will make for a pleasant day rather than an exhausting scramble to “see it all.”. So, here’s a quick roundup:

Comuna 13 and Comuna 8 were once the most violent and poorest parts of Medellin.

During the 80s and 90s, Comuna 13 used to be so isolated that guards stood at entrances to the district, allowing access only to people who had evidence they lived there. Drugs, murder, and violent crimes were rampant here.

The Colombian government started working on cleaning up the area in the early 2000s and trying to reconnect it with the rest of the city.

Thanks to street art and community projects, tourists have been flooding this area lately. This is a fantastic way to truly experience the real Medellin and meet the people and history. But although it’s a lot safer now than it was before, you still shouldn’t go here at night, especially not alone.

Comuna 8 is a small district reachable by boat. It’s still one of the poorest parts of Medellin, and unlike the Comuna 13, it’s not as popular with tourists. Because of this, Comuna 8 is the most insightful and authentic experience you can have in the city.

It would be a big mistake to leave Medellin without trying some of the amazing local specialties, so don’t be tricked into visiting Italian or similar international cuisine restaurants.

The arepa, a staple food of the paisas, is a type of cornbread served with most of the meals. You can get it with the bandeja paisa – a mix of red beans, white rice, avocado, chorizo, shredded meat, and many other delicious ingredients.

The deep-fried pork rind called chicharron is not for the weak, but it is fantastic. You can save a lot of money by trying out street food instead of going on restaurant tours.

Besides aguardiente, other local drinks you should have a taste of include canelazo, aguapanela, kumis, and refajo.

If you want to party like a local, you can listen to folk music at the Parque de Berrio or visit one of the many bars for the authentic salsa music experience.

Medellin is an amazing city with a troublesome history. Be aware of that and show respect for everything the people around you have gone through.

Because of that, it is recommended to avoid the “Pablo Escobar tour” which will be offered to you by many tourist agents.

The violent life and legacy of this narco boss left their mark on the people in Medellin, and they would see that as glorifying the crimes he committed. Other than that, just follow your heart and enjoy. 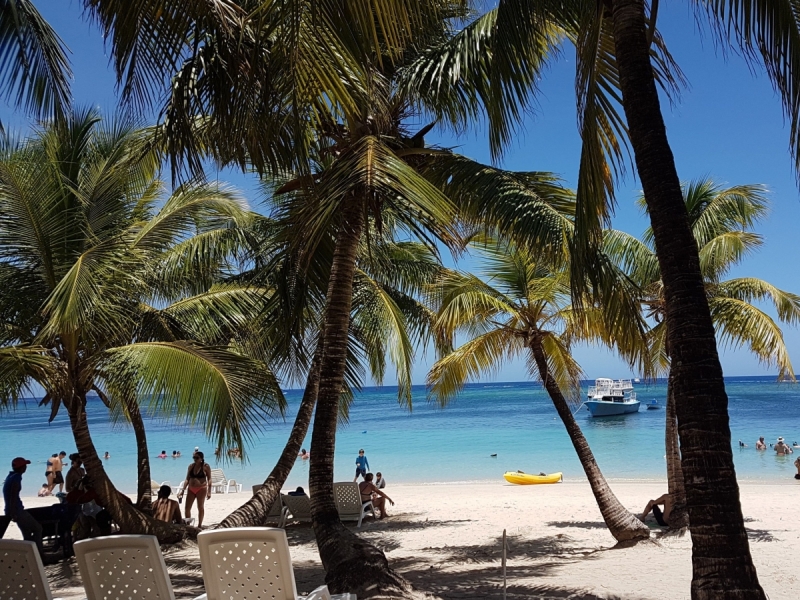 If you are looking for an exotic piece of paradise in the Caribbean, clearly Roatan is the place…
102 views

Refresh your mind for a moment. It’s time to cast all stereotypes aside and assume that Mallorca is…
102 views
44 shares
44
0
0 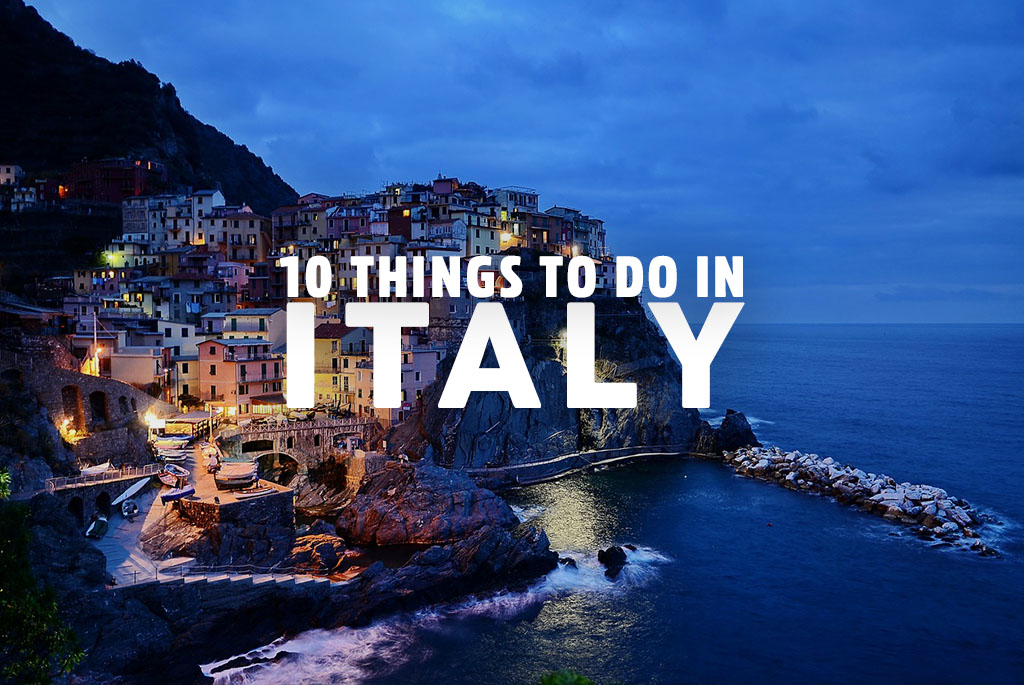 The Top Things To Do in Italy

There are a number of things to do in Italy, the European country located along the coastline of…
254 views 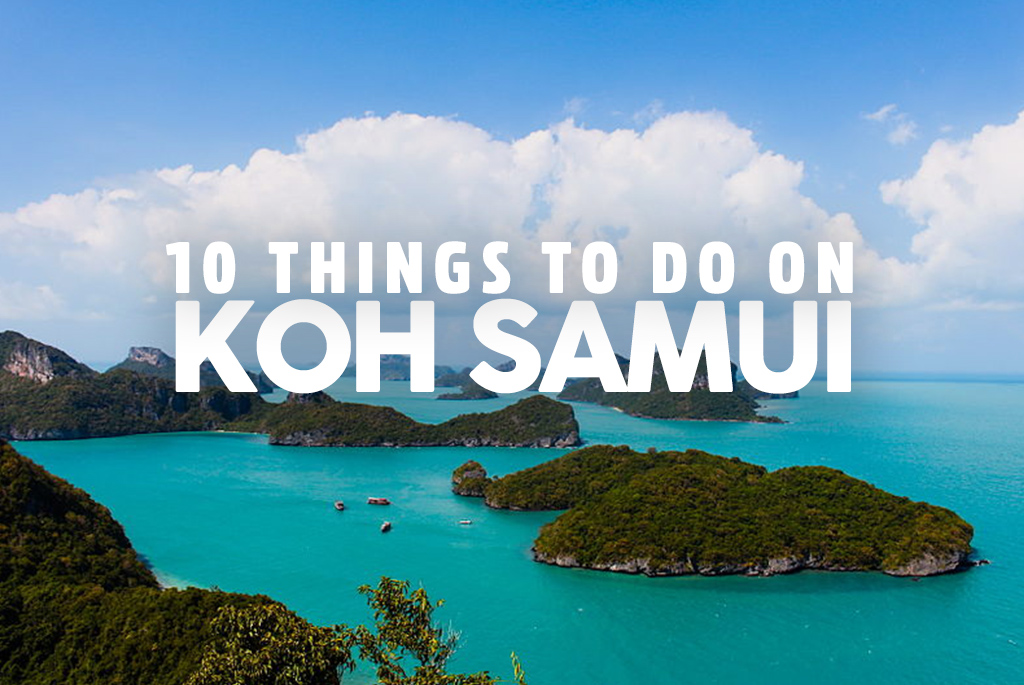 Ten Things to do in Koh Samui

Koh Samui, the second largest island in Thailand after Phuket, is found in the Gulf of Thailand. The…
141 views