The Grinch’s Cave in Utah – The Travel Bible

*This accommodation was a one time offer and is no longer available to book.

Are you looking for a unique and festive way to celebrate the holiday season? If so, you may want to consider spending a night in the Grinch’s Cave in Utah.

If you’ve had enough of the Utah Camping and you’re ready to crawl into a cave, you can rent out the very same cave that was featured in the 2000 live-action film version of How the Grinch Stole Christmas.

And what could be more festive than spending Christmas Eve in a replica of the Grinch’s lair? So if you’re up for an adventure this holiday season, read on to find out how to rent the Grinch’s Cave.

Where the Grinch Cave is located

The Grinch’s Cave is located in the town of Midway, Utah. The Grinch allowed the cave for overnight rentals by Vacasa.

So if you’re interested in spending a night in the Grinch’s lair, all you need to do is head to Midway and book a rental.

The cave is currently unavailable to be booked for the foreseeable future. The rental was going for $19.57 per night in honor of the book’s original release in 1957 and includes Vacasa’s signature services, like guest support and cleaning.

And if you can’t travel to Who-ville, you can check out the 3D tour and images of the Grinch’s cave.

The Grinch’s Cave can accommodate up to six people. It includes two bedrooms, a bathroom, a music room, and a kitchenette.

And of course, the cave comes complete with all of the features that you would expect to find in the Grinch’s lair, including a giant Christmas tree and a replica of the Whoville town square, and the Grinch’s organ.

The Grinch’s cave is a place where you can go to get away from it all.

There is no internet connection or TV, it’s the perfect place to relax and unwind, and it’s also a great place to hide if you want to avoid the outside world.

Dr. Seuss’s How the Grinch Stole Christmas is a beloved holiday classic. And what better way to celebrate the holidays than by spending a night in the Grinch’s Cave?

So if you’re up for an adventure this holiday season, head to Midway, Utah, and book a rental. You won’t regret it.

Hey!.. Before you go, here is a message from The Grinch.

“First of all, I’d like to thank you for taking an interest in my abode,” the Grinch began. “When it comes to caves, I think mine is pretty nice—cozy, even. And it’s perfectly situated for observing Who-ville and all of its holiday shenanigans.”

He continued, “Now, I’m not one for tourists traipsing about, so I ask that you please respect my privacy and refrain from taking any pictures.

And although some might find my decorations to be…err…unconventional…I hope you can appreciate the effort I put into them.”

So there you have it: a few words of wisdom from the Grinch himself. Be sure to enjoy your stay—but not too much! We wouldn’t want the Grinch to get any ideas…

From nail-biting journeys, white knuckle rides, and near-death experiences, these adrenaline fuelled activities are bound to make your…
111 views
97 shares
97
0
0 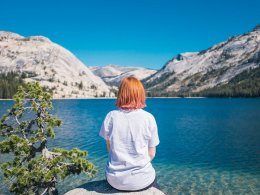 11 Clearest Lakes in the US You Have to Experience

The USA has some of the nicest natural scenery anywhere in the world. With 423 National Parks in…
139 views 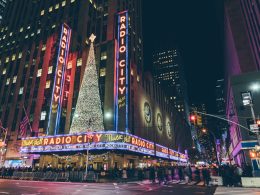 A Guide to the Best Christmas Activities in NYC 2022

The only thing more magical than a white Christmas? A New York City Christmas! Whether you’re visiting during…
173 views